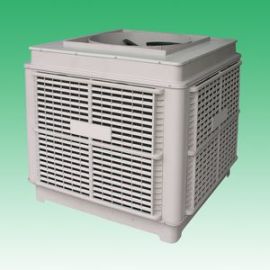 Gree related person in charge, this event has a profit rate of up to 15% -30%, and prepared a mobile phone recharge cards, air purifiers, cash and other kinds of profit-making gifts, equipped with the purchase of promotional gifts gift, product straight down and many other Discount form.

Under the influence of promotional activities, the air-conditioning industry has also re-emerged. In the fourth week of January 2013, the retail sales and retail sales of air-conditioning products increased by 142.9% and 143.4% year-on-year respectively. Among them, the inverter air conditioner has become the main sales entity, especially the three-level energy-efficient inverter air conditioner.

Although the inverter air conditioner has superior energy-saving, ultra-quiet and comfortable, but the relative high price of the frequency conversion products, the domestic consumption level in previous years has not yet reached, and thus has been in the market share of the low predicament. Now with the increase in the level of national economic income, it has already met the conditions for universal consumption. The improvement of the society's awareness of energy conservation has also provided a wide range of social foundations for universal frequency conversion.

The impending implementation of the new standard and high inventory pressure are the main reasons for the price reduction promotion of inverter air conditioner companies. According to data released by the National Information Center, sales of the domestic air-conditioning market fell by nearly 30% last year, and inventory was hitting a record high. The annual production capacity of air-conditioners and compressors exceeded 100 million units, and the industryâ€™s inventory reached 18 million units. What is worrying is that major air-conditioning manufacturers have not announced plans to reduce production this year.

The year 2013 will be the year for the transformation of the air-conditioning industry, and the structural adjustment of the air-conditioning industry will be further deepened. Energy-saving policies will also continue to play a positive role in product structure optimization, and the introduction of new inverter air conditioner will also promote the high-end air-conditioning products. The proportion of products in the middle and high price segments will be further enhanced, and structural growth will become the dominant factor in market growth.

Features
High voltage of 3.6V lets you cut down on the number of batteries you use.
High energy density minimizes battery size and weight, making it perfect for use in small portable equipment.
No metallic lithium is used so charging and discharging are very safe.
No memory accumulation so it provides a full charge every time.
The outer casing in prismatic batteries is an aluminum alloy, so overall battery weight is lower.