January 29, 2020
Although the demand for LED lamps in Europe and the United States is low, China's LED products still have good development prospects in the international market due to price advantage. It is expected that the export of LED lamps in China will maintain the growth rate in the past three years in 2013, maintaining around 30%.

From the perspective of major products, China's exports are mainly based on packaging and application products. After the early exploration, domestic LED lighting companies have been very active in the international market, and some excellent enterprises have emerged, and most of the exporting countries are in the United States. Germany, the United Kingdom, the Netherlands, and countries and regions such as South Africa and the Middle East.

Another reason for the rapid growth of China's LED exports is that foreign markets have a high degree of acceptance of environmental awareness. Many foreign markets have already seen a large number of LED home lighting (with LED as the main light source). In addition, compared with China, the price of overseas markets is higher and the profits are more abundant, and the collection period of funds is also shorter.

The main markets for LED lighting exports in China are Europe, Asia and North America. In 2012, China's LED lamps exported to Asia, Europe and North America, the sum of the three continents is close to 90% of the world's exports, of which the European market accounts for more than one-third of China's export LED lamps, which is the most important market. In addition, China's LED lamps exported to Africa this year, with a faster growth rate, with a growth rate of more than 50%.

Midstream: In 2012, China's LED packaging industry reached 39.7 billion yuan, an increase of 24% from 2011's 32 billion yuan. In 2012, the average price of LED lighting white-light encapsulating devices in China dropped by more than 30%. The rapid decline in the price of packaged devices has prompted packaging companies to develop products with high profit margins and strong demand in the application field.

Recently, the US UL organization is working on a series of safety assessment standards for LED products. The technical barriers to export trade have been common in the lighting industry. It is undoubtedly another serious blow under many export pressures such as the appreciation of the renminbi, the reduction of export tax rebates, and the rise in raw material prices.

Due to the large gap between China's LED lamps and the developed countries, the export is still worrying. All along, China's LEDs have an advantage in product packaging, but in terms of product development and chip manufacturing, they are still far behind the developed countries such as Europe and the United States. The international high-end LED products are produced in Taiwan, Japan, Europe and America.

In China, taking enterprises in the Pearl River Delta region as an example, many small and medium-sized enterprises can only produce a large number of products with low quality requirements such as rainbow tubes. Even many enterprises cannot produce products that meet the certifications of developed countries such as Europe and the United States, and can only be exported to Africa. India, Arab countries and other underdeveloped countries and regions, to obtain profits with low price advantage, which obviously does not meet the international development trend and is likely to cause adverse effects. In addition, the intensification of export competition between the same industry has led to vicious competition for competitive price reduction, product quality is not guaranteed, and many quality indemnities are faced, and the reputation of exports has fallen sharply. This has also brought tremendous pressure and hidden dangers to the export of LED lamps in China. .

In 2012, China's LED industry grew at a rate of more than 30%, indicating that the market growth rate remained at a relatively high level. However, the speed of capacity expansion of the entire LED industry is much faster than the growth rate. The fierce price competition has led to the blindness of the entire industry. optimism.

Affected by the global economic downturn, the growth rate of Europe, the United States, Japan and other markets in 2012 is not as good as the domestic market. In addition, the number of LED export enterprises in China has soared, the price of the entire industrial chain will also drop significantly, the loan period will be extended, and some enterprises will have liquidity. Tensions, the risk of bad debts surged, directly leading to a significant drop in gross profit margin. In addition, for example, LED epitaxial chips, display screens, etc. have entered the competition elimination period, and some enterprises have closed down, and the phenomenon of mergers and acquisitions has become more and more obvious. The above various risks have led to the general decline of orders for LED export enterprises in China this year.

Although facing the downturn in the demand situation in Europe and the United States, but from the world-renowned exhibitions such as the Frankfurt International Lighting Fair and the Hong Kong Lighting Fair in the past two years, foreign merchants still have a strong interest in LED products. China's LED products rely on price advantage in Europe and America. The market has good prospects for development. In summary, in 2013, China's LED lighting exports will maintain a growth rate of nearly three years, maintaining around 30%, but related companies should pay more attention to changes in domestic and foreign policies and markets.

Dual In-line Package Also known as DIP package, Short name is DIP or DIL, is an integrated circuit package, the outline of the integrated circuit is rectangular, on both sides of the There are two parallel rows of metal pins called pin headers. DIP packaged components can be soldered into plated through-holes in a Printed Circuit Board or inserted into DIP sockets.

Both PCB & PCB Assembly.we provide one-stop service to our customers. 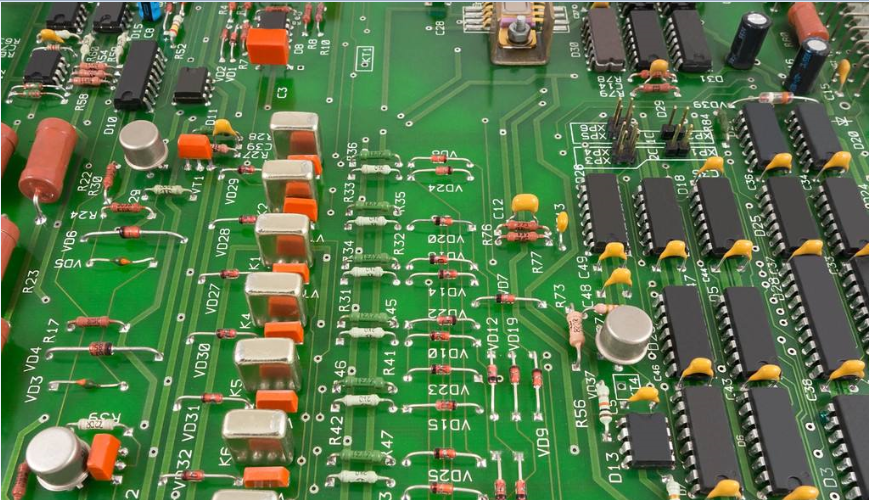