May 04, 2021
Living a 21st century life, watching television in the 20th century, often shouted, "No more," but no "more." As of the end of 2015, Chinaâ€™s color TV population has reached 540-550 million units, including 200 million CRT TVs and 50 million flat-panel TVs that exceed the number of years of safe use. The "replacement of the old" has become an important measure for TV upgrades and the move towards smart quality of life. 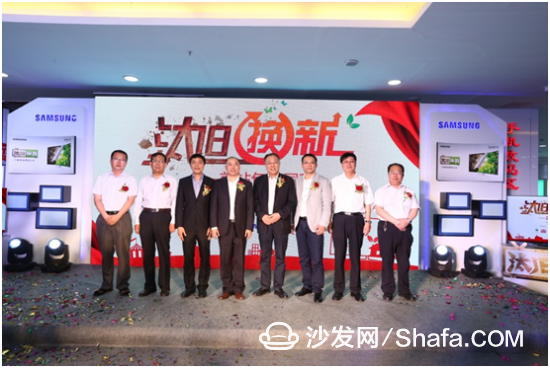 On June 4th, under the professional guidance of the China Electronic Video Industry Association and the support of the China Household Electrical Appliance Business Association and Ministry of Environmental Protection Solid Waste Center Technology Department, TV giant Samsung and Baotouâ€™s largest home appliance retail chain company Tongli Appliances The first station announcement of "replacement and replacement" was held. The conference not only issued a proposal to carry out trade-in activities and promote the green consumption of home appliances, but also directly started the â€œold-for-oldâ€ initiative. It is reported that as soon as the national consultation hotline 4009981926 was announced, Baotou's enthusiastic audience took the lead to make a phone call. The site was given a two-year experience of Samsung TV's 65-inch KS8800, successfully unveiling a prelude to replacing old ones. 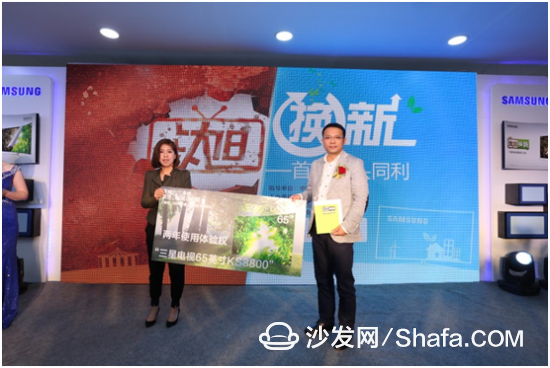 In fact, in addition to the small surprise at the conference, Samsung TV also prepared a bigger gift. It is reported that the TVs participating in the "replacement" are the latest products of Samsung TV in 2016, aiming to allow more consumers to experience the visual enjoyment brought by the latest technologies such as quantum dots, HDR, and 4K. Surprisingly, besides the KU6300, an ultra-high-definition television of the People's Republic of China, even the flagship model KS9800 is also on the list. It is optional, and it can meet the requirements of all consumers.

Not only that, Samsungâ€™s deduction for old TV is also full of sincerity, up to a maximum of 1,500 yuan, and a free gift rack. As a leading company in the color TV industry, Samsung TV can be regarded as an important task in the upgrading of the industry, urging the experience to upgrade.

In fact, the Visual Arts Association has already issued relevant regulations and clearly stated that the period of safe use of domestic sales of CRT and flat-screen TVs is 7 years. TV resolution that exceeds the normal lifespan can be severely deficient, affecting the viewing experience and even affecting vision. At the same time, old TVs still have problems such as high power consumption and high heat generation.

However, "The average use period for color TV users in our country is 11 to 12 years. Compared to other countries, the speed of updating is too slow." Hao Yabin, secretary general of the China Electronics Industry Association, said, "Either from the promotion of supply-side structural reforms From the perspective of promoting the upgrading of home appliances consumption structure, industry companies need to create necessary conditions to allow more consumers to enjoy newer and better color TV products." 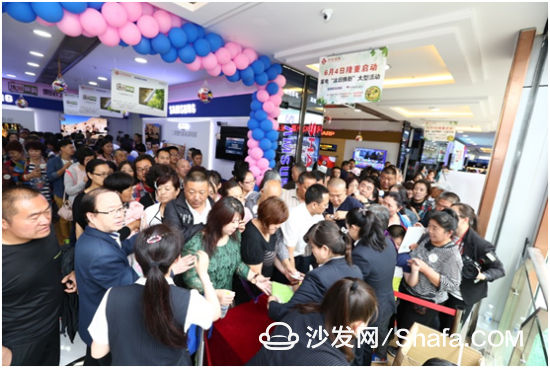 Obviously, in the current consumer environment, many consumers are not fully aware of the dramatic increase in television. It is believed that the quality of TVs purchased four or five years ago can still be seen. In fact, the replacement of television has entered the era of rapid development. This year's flagship model KS9800 launched by Samsung TV not only includes innovative technologies such as second-generation quantum dots, 1000 nits HDR, and deep black anti-aliasing. It can bring stunning color and picture quality performance to the audience. Real and natural picture. Armed to the back, it also brings 360 designs that are stunning.

Local consumers move out and buy on the spot
From now until June 12th, Samsung TV's "replacement and replacement of old" event will be fully launched in Baotou Tongli Appliances, and will soon be facing the country. Industry experts stated that the color TV industry actively promotes the â€œrenewal of oldâ€, and supports consumers to enjoy higher quality, larger size, and more intelligent color TV products at a lower cost, which will effectively stimulate demand for updates and open up new markets. space.