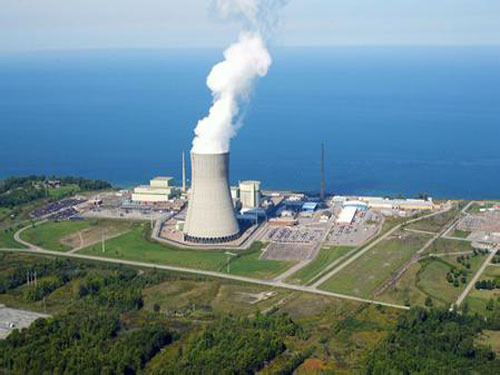 According to the latest forecast by the International Atomic Energy Agency, the use of nuclear power in the world will continue to grow in the next two decades, especially in Asia. The International Energy Agency also proposed in the â€œ2040 Global Energy Outlookâ€ that the growth of the entire nuclear power in the next 30 years will be mainly concentrated in the developing countries. For the developed countries, the most notable feature will be the replacement of the equipment of the expiring nuclear power plant. .

I. Rapid growth of nuclear power in Asian countries From 2010 to 2040, nuclear power will occupy the third place in the world's energy consumption growth rate, second only to the growth rate of renewable energy and natural gas consumption. Many factors have caused its growth to be concentrated in developing countries. In the Energy Outlook Report 2013, IEA pointed out that the most urgent task of the developed countries in recent years is to eliminate a large number of nuclear power plants whose life expectancy is due to expire. At present, some developed countries have decided to extend the service life of some single nuclear power plants. This seems to be a little simpler than replacing all nuclear power plants that are due, but the capacity that needs to be replaced is still quite high. According to the IEA data, it is estimated that by 2040, the current operating generator set still has 60% capacity to be eliminated. In this context, the issue of developing countries to phase out decommissioned nuclear power plants will not be prominent until the second half of the 21st century.

From 2010 to 2040, the proportion of global nuclear energy production will increase from 17% to 49%, of which nearly three-quarters of the increase will be contributed by China and India.

It is speculated that Japan and South Korea will significantly increase their nuclear energy production by 2040 compared to 2013. Although Japan has been stranded after the Fukushima nuclear accident, the situation near the damaged reactor is still difficult, but it can be seen that Japan's future policy on nuclear energy has great uncertainty, all indications show that by 2040 Japan It is expected to restore some of the operational capabilities of nuclear power.

The IEA expects that North America will continue to maintain the relative stability of nuclear energy during the entire review period. However, as many EU members are increasingly opposed to the development of nuclear energy by the people, they may also adopt a deregulation policy.

From a global perspective, the share of nuclear power generation in power production will decrease, but in North America, Europe, the Commonwealth of Independent States, and developed Asian countries (traditional leaders of the nuclear industry), nuclear power generation will continue Stay at a high level (all over 10% of total electricity generation). These nuclear power plants will be able to meet the demand for base load operation and combine with the remarkable growth of renewable energy power generation. And some countries will have to pay more attention to the development of peak power capacity and power reserve.

The magnetic buzzers (Self-drive Type) offer optimal sound and performance for all types of audible alert and identification. Our Magnetic Buzzer solutions are offered with various mounting options. We also provide you with a washable version for your preferred soldering method. Our magnetic buzzers, also known as indicators, are designed with an internal drive circuit for easy application integration. During operation, current is driven through a voice coil to produce a magnetic field. When a voltage is applied, the coil generates a magnetic field and then allows the diaphragm to vibrate and produce sound. This Buzzer type has a low operating voltage ranging from 1.5 â€“ 12V+. Our magnetic buzzers are desirable for applications requiring a lower sound pressure level (SPL) and frequency.