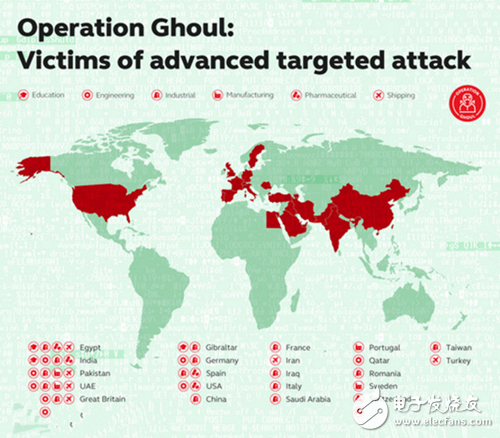 "K Ying" monitoring and auditing platform helps the Internet of Things "smart" to fly
In August 2016, the cybersecurity community monitored the OperaTIon Ghoul (Ghoul Action) cyberattack, and OperaTIon Ghoul launched targeted penetration intrusions for industrial, manufacturing and engineering management organizations in more than 30 countries. The attacker launched a targeted network intrusion against industrial control organizations in the Middle East and other countries by disguising the Emirates National Bank email and using spear phishing emails. In the attack, the keylogger related information was collected using the keylogger HowkEye.

At present, the cyber security community has found more than 130 targets in the world, most of which are petrochemical, marine, military, aerospace, heavy machinery and rail transit industries, including Spain, Pakistan, United Arab Emirates, India, China, Egypt and other countries. The spear-type mail used in the attack is mainly sent to senior managers of the target organization, such as sales and marketing managers, financial and administrative managers, purchasing supervisors, engineers, and so on.

In fact, it is only the tip of the iceberg that can disclose the published IPC security incidents. The industrial security network security situation is far more serious than what is known.

In view of the particularity of the industrial control network, there are many different elements from traditional information security, such as the use of protocols and application scenarios. The company has proposed and researched products that are conducive to the discovery of security incidents on the industrial control network - "K Eagle" monitoring. The audit platform is a real-time monitoring, real-time alarm, and security audit system designed specifically for industrial control networks. Through specific security policies, it can quickly identify illegal operations, abnormal events, and external attacks. In addition to the deep analysis function, the â€œK Yingâ€ monitoring audit can cover the industrial protocols of most industrial control companies in a high degree, and can also display the current on-site network and equipment operation status to users in real time, and provide evidence for real-time alarms and event traceability of emergencies. It is especially important for remote understanding of on-site production.

Combined with the industrial site environment and industrial control features, the product's innovation in technology and design is more in line with industrial network security protection needs:

Avoid adding points of failure: no increase in the point of failure due to the addition of safety equipment;

Typical application scenarios are as follows: 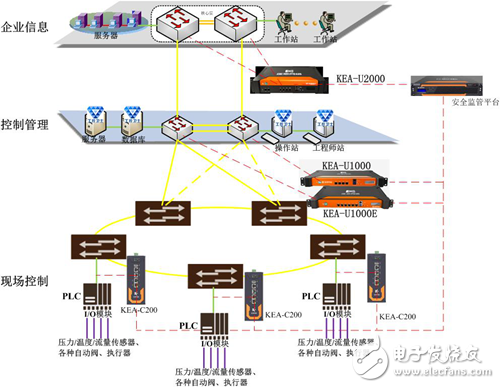