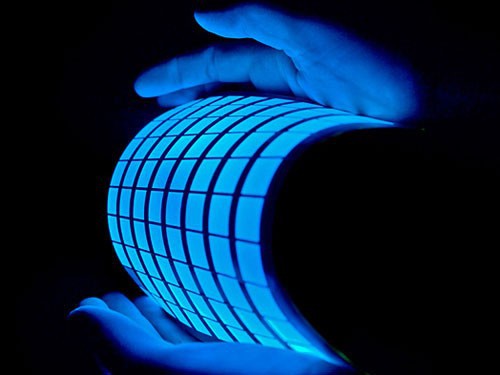 Athene, a Japanese semiconductor-related manufacturing technology developer, has developed a new technology that can produce high-definition OLED panels. The report pointed out that metal masks are used when OLED materials are deposited on glass substrates at high temperatures, and Athene has successfully developed a device that does not deform even when the temperature exceeds 100 degrees by using nickel and iron on the mask material. The improved version of the mask product can also increase the pixel density of the OLED panel to more than 500ppi, which is approximately 2 times the current level. Current mask products will expand and deform due to heat as long as the temperature exceeds 60 degrees.

According to the report, Athene plans to invest hundreds of millions of yen to build a production line in Fujisawa City, Kanagawa Prefecture, and plans to sell the mask products to OLED panel makers in 2015. The first annual revenue target is 100 million yen.

The current OLED panel market for mobile devices is dominated by Samsung Electronics. Its global market share of OLED panels for smartphones is as high as about 90%. However, in order to attack OLED panel business opportunities, Japanese manufacturers have also joined hands to fight against Samsung.

Nikkei News August 6 pointed out that JOLED will invest 20 billion yen in 2015 to build a trial production line of OLED panels, and will test production in the second half of 2015 and sample shipments in 2016. According to reports, the object of JOLED's planned trial production is 10-12 inch for tablet PCs and 13.3-inch mid-size OLED panel for notebook PCs. The monthly production capacity is about 4,000, and it is planned to be mass-produced in 2018 afterwards. The goal is to supply Apple and other tablet/laptop manufacturers.


19Mm Metal Switches, also known as Metal Push Button Switch in harsh working environment. The most competitive advantage of this Metal Switches  is that it is high mechanical life, in which momentary could reach 1,000,000 cycles and self lock is 500,000 cycles. Stainless steel is resistant to damage IK10, it is very hard and reliable. Therefore, this series of metal switch is widely used in automobiles, ships, medical and large mechanical equipment. 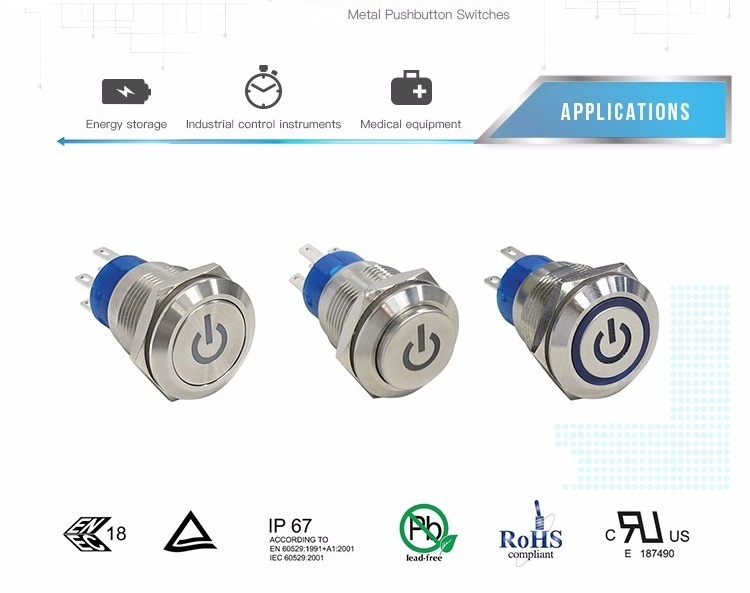 Furthermore, all the LED indicate light are provided by well-known LED Lamp manufacturers, guarantying the long-term use of LED lights and high-life mechanical life 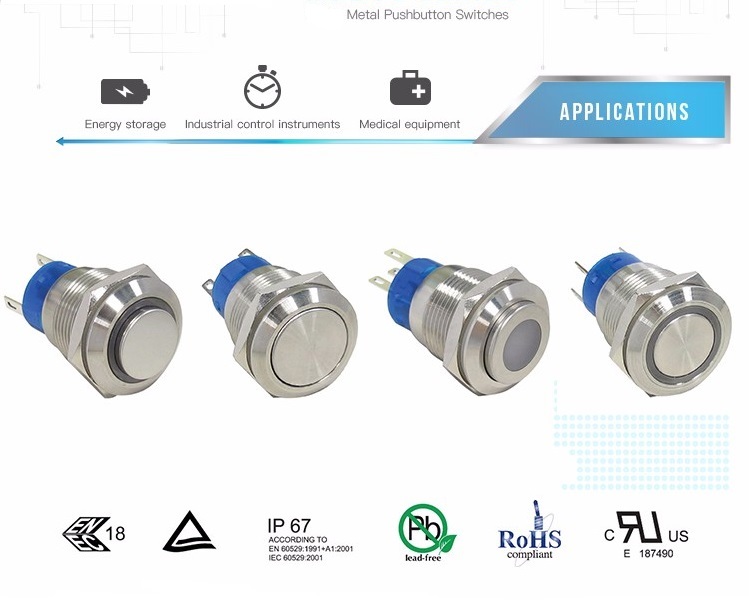