Is a single-rotor drone different from a RC helicopter?

In the past two days, foreign media reported that American researchers have created an unmanned aerial vehicle with only one rotor. The drone uses an asymmetric design and, more importantly, the entire drone can be moved. The part also has only one propeller.

After watching this drone, you may think that this is not much higher than the high-end of the bamboo pole. At most, it is the level of the remote-controlled flying toy that can be seen everywhere in Huaqiang North, but this single-rotor drone is actually very high. Technical content, it can achieve time to receive people's remote control in the air.

This drone, known as the single-channel rotorcraft, was invented a few months ago. The drone has only one moving part - the propeller, no flaps, no hinges, no ailerons, no other actuators and any controls, and the entire aircraft is controlled by a simple propeller. Despite its simple mechanical structure, its electronic brain is very sophisticated and precise enough to allow it to fly arbitrarily in the air. 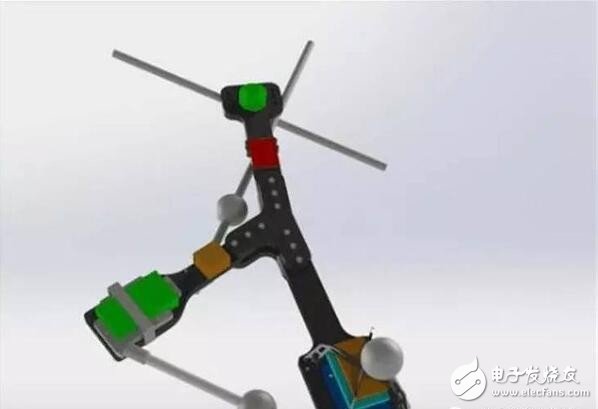 Do you think this thing is no different from a rotorcraft helicopter?

The difference is big.

In fact, a few years ago, helicopters and fixed wings were the hegemons in the field of drones. There was no more rotors at all. However, with the launch of the DJI Elf Phantom quadrotor in the past few years, this situation has been broken. Because Phantom has greatly reduced the difficulty and cost of aerial photography, it has been enthusiastic in the market and has become the best-selling product to date. In just two years, the ideas and technologies surrounding the multi-rotor aircraft emerged in an endless stream. For a time, it seems that all the drones have become a look.