The Q7 is Audi's first model to enter the SUV market and is still Audi's flagship SUV. However, at the just-concluded 2017 North American Auto Show, Audi unveiled the v8 concept car for us. Maybe Audi thinks it is time to expand their SUV product line. Although it is only at the stage of the concept car, Audi has confirmed that the production version of its original form will be launched in 2018, and we can also see many of Audi's future design trends from it. 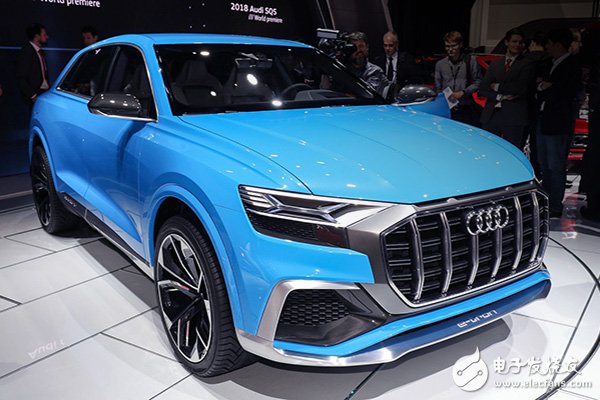 From a distance, the Q8 concept car uses a four-door coupe design that has been very popular among designers in recent years. However, Audi defines a four-seat SUV for the Q8, although the streamlined roof is somewhat low, but the body The size is wider and longer than the Q7, reaching 5029 & TImes; 1707 & TImes; 2042mm, and the wheelbase is almost the same as the Q7, Audi said that it can fully guarantee the space in the car. The overall shape of the vehicle is very radical. The front grille has been changed from the original hexagon to a larger octagon, and the corners are more distinct. 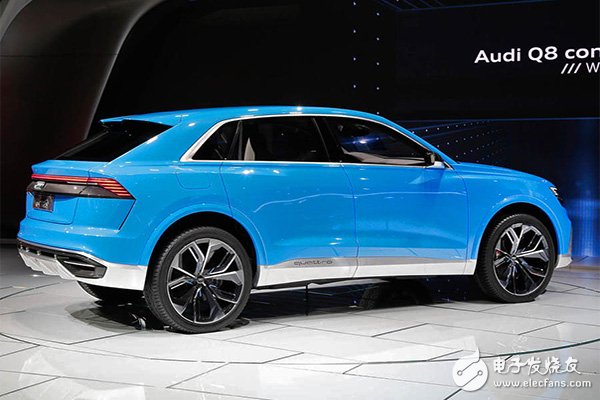 The lines of the vehicle extend outward from the vertices of each grid to form the muscle lines on the hood, the inverted trapezoidal headlights, and an exaggerated front bumper like the Q2. Through the frameless doors on the side of the body, under the silver body, 23-inch large wheels and 20-inch ceramic brake pads, we can see the LED taillights and the spoiler below. Audi chief designer Andreas Mindt said that these design elements will be applied to Audi's future SUV. 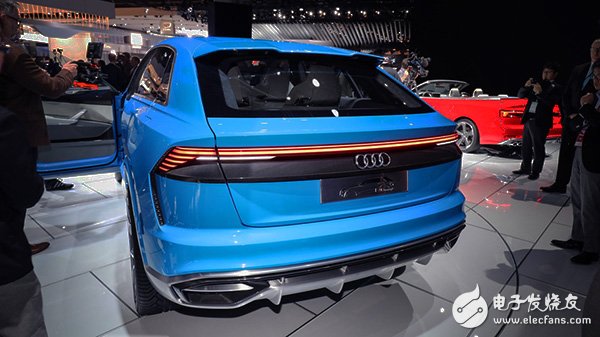 Unexpectedly, the Q8 uses a plug-in hybrid system, a 333-horsepower 3.0T V6 turbocharged engine plus an electric motor with an 8-speed automatic transmission that can output 442 horsepower and 700 Nm of power. The Q8's 100-kilometer acceleration rate reached 5.4 seconds and the top speed was 248km. Its fuel consumption in Europe can reach 2.35L per 100km, and it can travel 60km in pure electric mode. It can be fully charged in two and a half hours using a 240V/30A charger. In addition, the hybrid system can also provide a torque vector distribution system for the four-wheel drive, and the chassis is also equipped with an adaptive air suspension.

The car also meets Audi's savvy technology, including dual touch screens in the center and dashboard, demonstrating Audi's next-generation virtual cockpit and MMI infotainment system. The new generation MMI system is visually stretched in the horizontal direction, and the efficiency of human-machine communication can be further increased when operating on the screen. 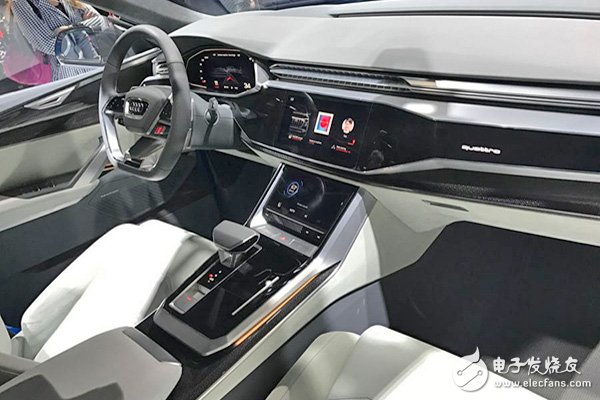 At the same time, above the dashboard is Audi's next-generation HUD head-up display called "Contact Analog", which is larger than the current HUD. The purpose of the new HUD is to accurately display all the information in front. Through augmented reality technology, the navigation path hint arrow will be displayed on the real road ahead. The information of other driver assistance systems will also be combined with virtual and actual methods. .

In the trend that interior design is increasingly inclined to reduce physical buttons, Audi is also looking for a balance between physical buttons and touch controls to design a safer and more intuitive solution.

Audi said that the production car will be built based on this concept car, and like the Bentley Tim, the Porsche Cayenne and the upcoming Lamborghini Urus, become the high-end sports SUV of the Volkswagen Group. The production car is expected to be equipped with a V6 engine, a V8 engine, a hybrid e-tron version, and possibly an RS Q8 with a power of more than 500 hp twin-turbo V8. Of course, maybe we will also see the 2.0T version of Q8 in China.