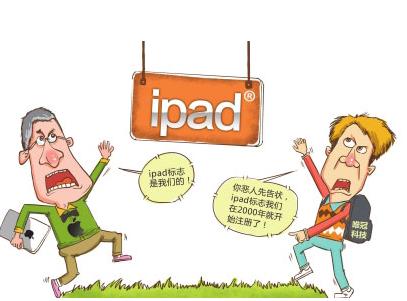 In recent days, Apple and Proviewâ€™s dispute over IPAD ownership rights have ignited in a roaring manner. Appleâ€™s verdict in a Chinese court ruled against Appleâ€™s first trial. For Proview, a financial dilemma, the dispute was undoubtedly brought to the company. Opportunity, Li Su, the company's debt restructuring consultant and CEO of King Ventures, has stated that it will claim 10 billion yuan from Apple.

Judging from the results of the first trial, if Apple wants to obtain IPAD trademark rights in mainland China, it will have little hope of revising the second trial. Regarding the Billion-dollar sky-high price claim, the Apple side has not made a clear statement yet, but it is not feasible to completely abandon the Chinese market on this matter. According to the third quarter report, Apple's global revenue was 28.57 billion U.S. dollars, while China's mainland, Hong Kong and Taiwan's contribution accounted for 13%. If such a large piece of cake were to be abandoned directly, it would be impossible to estimate the loss of Appleâ€™s long-term marketing.

For Proview and Apple, the more likely approach is to "peace talks," and use a relatively gentle approach to achieve the expected value of both parties. Apple had a similar "case" when the previous iPhone came to China. In that year, "i-phone" trademark was applied for registration in advance by Hanwang Technology, but in the end, Apple and the Hanwang reached an agreement and Apple paid Hanwang 25 million yuan to obtain the trademark right in China.

The final result of IPAD's dispute over the ownership of commercial rights is that there is no conclusive conclusion on the IPAD.